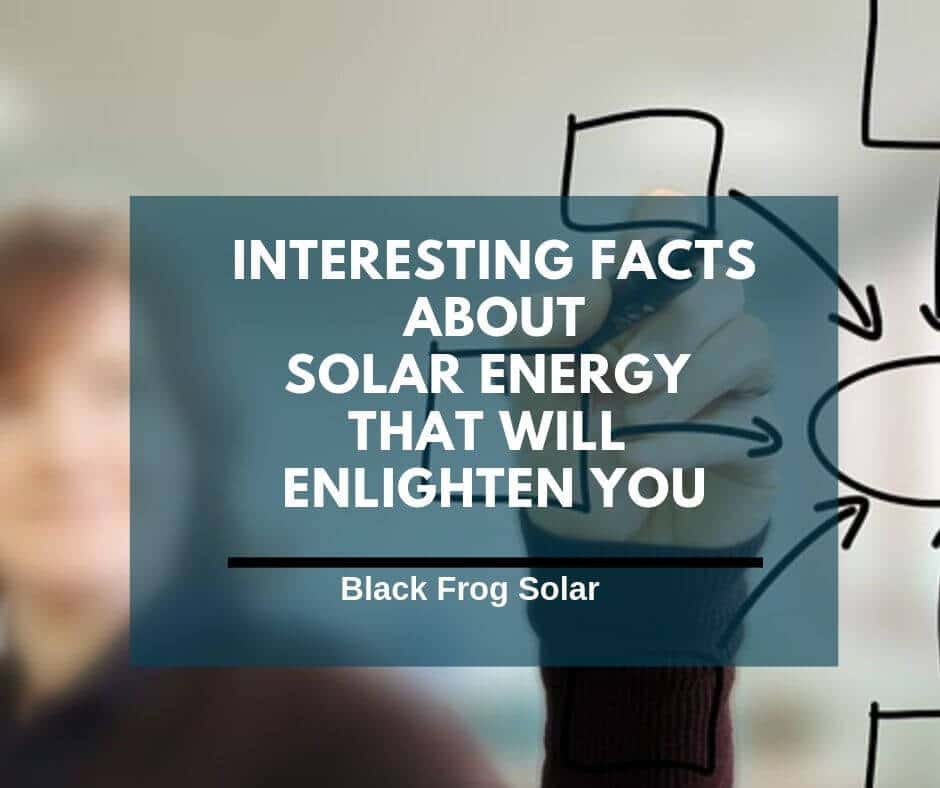 We use solar energy in our day-to-day life but there are so many things we don’t know about it. This week, we are going to (re)discover just a few reasons why solar power is one of the best and most sustainable resources we have on the planet.

With constant talk about dwindling resources and serious issues with climate change, it’s no wonder that more and more people are looking for effective ways to save money, resources and the environment. Solar energy is definitely one of the alternatives nowadays. Using solar panels, we convert the sun’s energy into usable electricity and power our homes, businesses, and more.

Do you want to know which commercial solar lights are right for you? Talk to our lighting experts at Black Frog and explore an extensive range of products today!

1. Solar power has a long history 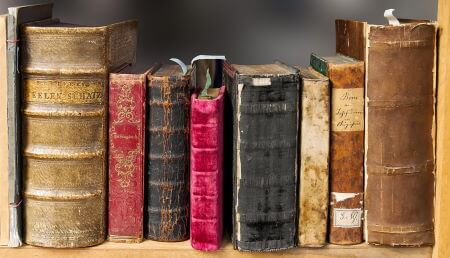 We may refer to it as ‘the new technology’ but in reality, solar power was discovered nearly 200 years ago. In 1839, Alexandre Edmond Becquerel discovered the photovoltaic effect, meaning the ability to create an electric current from the sun’s rays. Two years later, Russell Ohl invented the first solar panel cell and Bell Laboratories installed the first commercial panel in 1954.

Today, solar panel history is still being paved, as big solar companies continue to improve the technology around solar systems.

2. Solar power is the most abundant energy source on Earth

Did you know that there’s enough solar energy hitting the Earth every hour to meet all of humanity’s power needs for an entire year? Imagine how much we could save on non-renewable resources such as oil, coal and natural gas. This is because solar power is a completely free source of energy and it is found in abundance.

Although the Earth receives around 173 petawatts of energy continuously, we can harness merely 0.0001% of this massive amount. The solar energy we get is around 10,000 times greater than what we actually use on the Earth.

3. Australia is one of the top 10 countries with solar energy production and usage 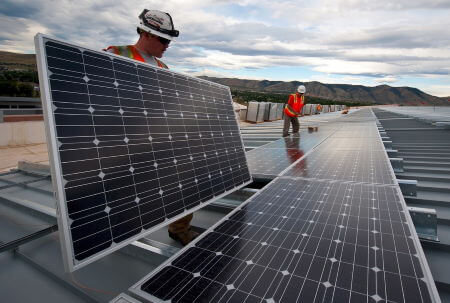 Who wouldn’t want to put so many hours of sunshine to good use? As of June 2019, Australia’s over 2.15 million solar PV installations had a combined capacity of 12,959 MW photovoltaic (PV) solar power. According to the statistics, solar accounted for 5.2% (or 11.7 TWh) of Australia’s total electrical energy production (227.8 TWh) in 2018.

With the price of photovoltaics decreasing – less than half the cost of using grid electricity in as of January 2013 – more and more homeowners and businesses go solar nowadays.

4. Solar panels can produce power on a cloudy day

Solar panels only work when exposed to direct sunlight, right? Wrong! They can capture different parts of the sun’s light spectrum. So, if the sun’s not directly beaming on the panels, this doesn’t mean the hues reflected from the sky aren’t being captured and utilized by the solar panel cells to produce power. Even on cloudy days, solar panels still work at a capacity of 10 to 25%, on average. Of course, this can slightly differ depending on the panel type and density of the clouds.

5. Solar power is in the air 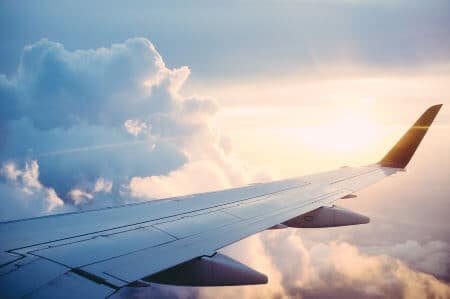 It’s proven: aeroplanes can fly around the world while running entirely on solar energy!

Many of you know that solar energy can power trains, cars and even space stations. So why not try with airplanes, too?  In early 2016, a Swiss pilot named Bertrand Piccard flew a solar-powered plane around the world with no backup power source. He departed Abu Dhabi in the plane known as Solar Impulse II and returned in July of the same year. This global flight made a global statement about the importance of solar energy and what it can do for the planet.

In conclusion, the sky is the limit when it comes to solar energy. So, why not start to take advantage of it today?

If you want to know which solar products are suitable for you, call BlackFrog Solar at 07 3881 1990 and schedule a free consultation today.

The most common questions about solar batteries – Part 1 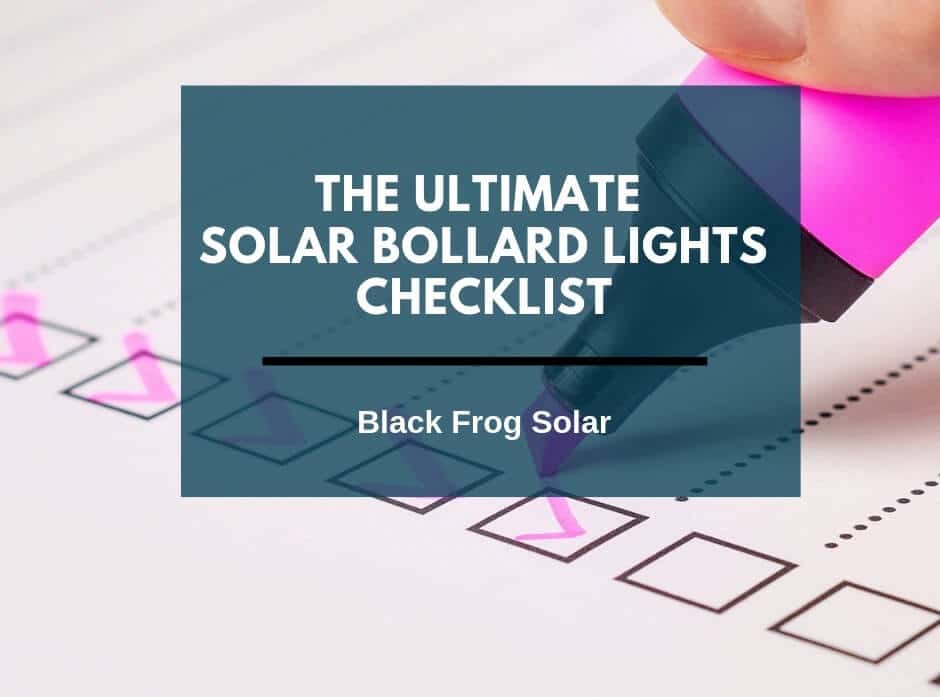 All you need to know about Solar lights in winter 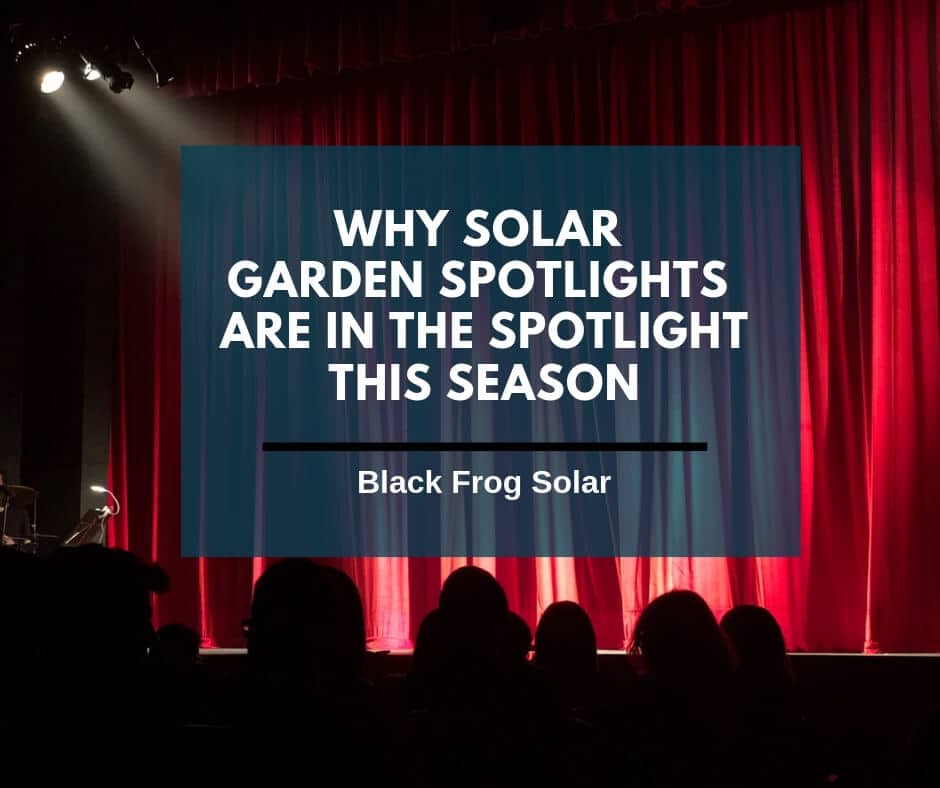 Why a solar garden spotlight are in the spotlight this season 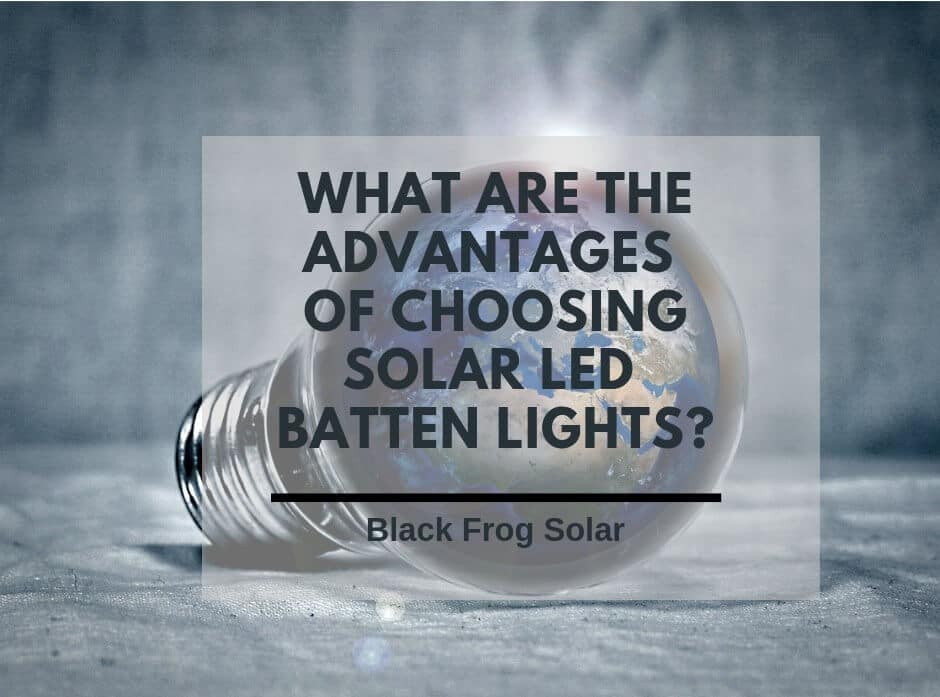 What are the advantages of choosing a solar LED batten light?

What types of solar panels are the most suitable for you? 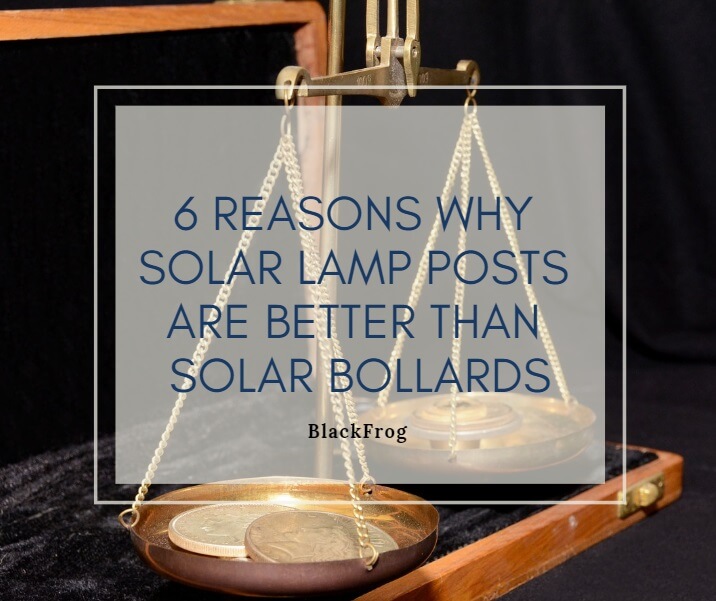 6 Reasons why solar lamp posts are better than solar bollards

How to Find the Best Solar Bollard Lights for Your Needs